Agricultural application of Municipal Solid Waste, as nutrient source for plants and as soil conditioner, is the most effective option of Municipal Solid Waste Management because of its advantages over traditional means, such as land filling or incineration. However, agricultural application of Municipal Solid Waste can lead to a potential environmental threat due to the presence of pathogens and toxic pollutants. Composting is an attractive alternative of recycling. Application of compost in agricultural soils can directly alter soil physicochemical properties as well as promote plant growth. The soil microbial biomass, considered as the living part of soil organic matter, is very closely related to the soil organic matter content in many arable agricultural soils. Numerous studies, with different amendment doses on different soil types and under different water regimes revealed no detrimental effect on soil microbial biomass.

Major sources of Municipal Solid Waste in Madhepura Town are residential areas and commercial areas. Samples were collected during field surveys in 2013 and were analyzed for their Chemical parameters in laboratory.

Refuse characteristics vary not only from city to city but even within the same city, as it depends on factors such as the nature of local activities, food habits, cultural traditions, socio-economic factors, climate conditions, and seasons. The physical and chemical characteristics aid in deciding the desired frequency of collection, precautions to be taken during transportation, and methods of processing and disposal. Variation of physical composition and chemical characteristics of Municipal Solid Waste in Madhepura during 2013 are presented in Table 1 and table 2 respectively.

All waste are in percent by wet weight.

Table 1 shows an increasing trend for the biodegradable fraction, and also shows an increase in the day-to-day use of plastic and paper. The amount of paper and plastics, including materials such as food containers and wrapping materials, is noted to be much lower than in developed countries such as the USA (65%) and Western Europe (48%). Waste in developing cities generally has a high organic content (more than 50%) and a low energy value (around 3,350-4,200 KJ Kg-1). The same is in the case of Madhepura. Biological treatment process such as composting and biogasification are thus well suited for such wastes (Albiach et al., 2001).

The chemical characteristics listed in Table 2 shows an increasing trend in moisture content. This is most likely due to the presence of a higher proportion of fresh and unprocessed vegetable waste. Although the calorific value not was in the range of ‘Suitable for incineration’. The value reported is on the higher side for the type of waste.

All values are in percent by dry weight basis except pH, C/N ratio and calorific value.

Concentrations are expressed in mg / L, except pH.

The quality of natural leachate, sampled form the existing Municipal Solid Waste disposal site, shows that concentrations of solids, BOD, COD, and chloride are much higher than those allowed for discharge into inland surface water (Mandal, 2007). The concentration of toxic elements such as , Hg, Pb, Cd, Cr, Cu, Zn, Ni, and fluoride are reported to be lower than those allowed for discharge in inland surface water.

Organic matter and carbohydrates appeared to be the parameters most closely related to soil aggregate stability (Albiach et al., 2001). Bastida et al. (2007) carried out a  study to evaluate the long-term (17 years) effect of Five doses of Municipal Solid Waste  (0, 65, 130, 195, and 260 Mg ha-1) on the microbiological, biochemical, and physical properties of semi-arid soil. Bastida et al., (2007) reported increased values of parameters that serve as indicators of general microbiological activity, such as. basal respiration, adenosine triphosphate (ATP) or dehydrogenase activity; microbial population size (microbial biomass C), and extracellular hydrolase activity related to macronutrient cycles, such as, urease, b-glucosidase, and N-a-benzoyl-L-argininamide protease in the amended soils. The highest Municipal Solid Waste doses (260 Mg ha-1) showed the highest values in the hydrolase activities Bastida et al., (2007). The application of Municipal Solid Waste compost affected the solid content of C and N, and ultimately soil microbial biomass and activity. In view of the high proportion of biodegradable contents in waste of Madhepura town, segregation and compositing of these wastes is recommended.

Agricultural utilization of Municipal Solid Waste is the most cost-effective management option over traditional means such as land filling or incineration as it enables recycling of potential plants nutrients. Soil microbial biomass use the nutrients present in compost. Organic materials amendment in soil, such as municipal solid waste compost promotes microbiological activity, but the presence of potential toxic heavy metals is of much concern.  The increase in soil microbial biomass with the Municipal Solid Waste amendments is mainly due to the microbial biomass present in the organic residues and the addition of substrate-C, which stimulates the indigenous soil microbes.

5.         Sharma S. and Shah K.W., 2005, Generation and disposal of solid waste in Hoshangabad. In book of proceedings of the second International Congress of Chemistry and Environment, Indore, P.-749-751. 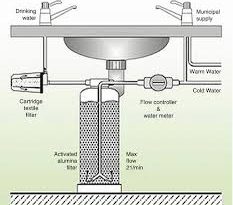 Impact on Defluoridation from Drinking Water 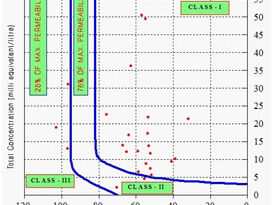 Implementation of Chaotic PWM in Converters